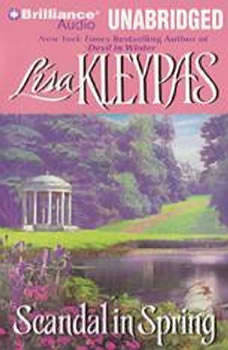 After spending three London seasons searching for a husband, Daisy Bowman’s father has told her in no uncertain terms that she must find a husband. Now. And if Daisy can’t snare an appropriate suitor, she will marry the man he chooses — the ruthless and aloof Matthew Swift. Daisy is horrified. A Bowman never admits defeat, and she decides to do whatever it takes to marry someone…anyone…other than Matthew. But she doesn’t count on Matthew’s unexpected charm…or the blazing sensuality that soon flares beyond both their control. And Daisy discovers that the man she has always hated just might turn out to be the man of her dreams. But right at the moment of sweet surrender, a scandalous secret is uncovered…one that could destroy both Matthew and a love more passionate and irresistible than Daisy’s wildest fantasies.