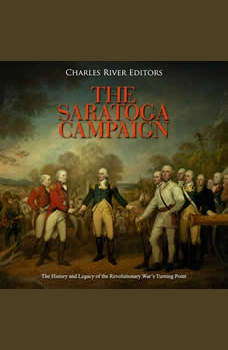 Saratoga Campaign, The: The History and Legacy of the Revolutionary War's Turning Point

The American Revolution is replete with seminal moments that every American learns in school, from the “shot heard ‘round the world” to the Declaration of Independence, but the events that led up to the fighting at Lexington & Concord were borne out of 10 years of division between the British and their American colonies over everything from colonial representation in governments to taxation, the nature of searches, and the quartering of British regulars in private houses. From 1764-1775, a chain of events that included lightning rods like the Townshend Acts led to bloodshed in the form of the Boston Massacre, while the Boston Tea Party became a symbol of nonviolent protest.

The political and military nature of the Revolutionary War was just as full of intrigue. While disorganized militias fought the Battles of Lexington & Concord, George Washington would lead the Continental Army in the field while men like Thomas Jefferson drafted the Declaration of Independence in Philadelphia and Benjamin Franklin negotiated overseas in France. French forces would play a crucial role at the end of the war, and the Treaty of Paris would conclude the Revolution with one last great surprise.

At the end of 1776, the American war effort was on the verge of collapse, and despite Washington’s success at Trenton, the British were confident that they could quell the rebellion in 1777. That winter, the British planned a complicated campaign in which British armies from Canada and New York would strike out across New England and link up, with the goal of cutting off the Northern colonies. Indeed, 1777 did prove to be the pivotal year of the war, but not in the way the British intended.