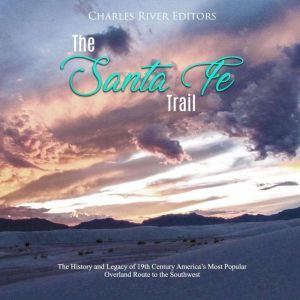 Santa Fe Trail, The: The History and Legacy of 19th Century America's Most Popular Overland Route to the Southwest

The westward movement of Americans in the 19th century was one of the largest and most consequential migrations in history, and as it so happened, the paths were being formalized and coming into use right around the time gold was discovered in the lands that became California in January 1848. Located thousands of miles away from the country’s power centers on the East Coast at the time, the announcement came a month before the Mexican-American War had ended, and among the very few Americans that were near the region at the time, many of them were Army soldiers who were participating in the war and garrisoned there. San Francisco was still best known for being a Spanish military and missionary outpost during the colonial era, and only a few hundred called it home. Mexico’s independence, and its possession of those lands, had come only a generation earlier.

One early trail got its start in Independence, Missouri, one of many cities marked as starting points for pioneers, settlers, or traders. From there, the trail went all the way to Santa Fe, which at that time was part of the newly independent country of Mexico. As Americans pushed steadily west along the frontier and the Mexican-American War was fought, both ends of the trail became part of the United States, and the Santa Fe Trail then connected with other trails that continued on to Mexico. From 1822-1880, the trail remained the prominent method of transportation until the railroads reached Santa Fe, ending the widespread use of a route that once connected two countries.

The Santa Fe Trail: The History and Legacy of 19th Century America’s Most Popular Overland Route to the Southwest examines how the path was forged, the people most responsible for it, and the most famous events associated with the trail’s history.