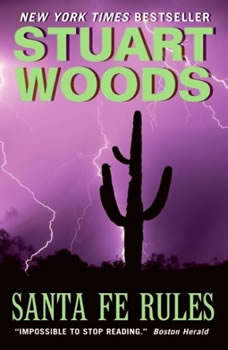 Successful movie producer Wolf Willett is stunned when he sees his own death reported in a major newspaper. It says he was a victim in a triple homicide during a sordid tryst with his wife and a friend. But who is the unidentified corpse? Why can’t Wolf remember anything about the night in question? And who wants him dead?Wolf had the means and motive—and his inexplicable memory loss seems far too suspicious to suit Sante Fe’s crusading D.A., who promptly has Wolf arrested. And when another murder complicates the scenario, he turns to hot-shot criminal attorney Ed Eagle to help clear his name—and stop a killer who’s determined to finish the job.