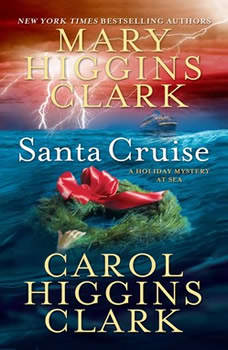 IN THE BESTSELLING TRADITION OF THE CHRISTMAS THIEF . . . A HOLIDAY MYSTERY AT SEA America's Queen of Suspense -- Mary Higgins Clark -- joins forces with her daughter Carol -- bestselling author of the Regan Reilly mysteries -- in this fast-paced novel set on a special holiday cruise that sets sail from Miami the day after Christmas. Alvirah Meehan, the lottery winner turned amateur sleuth; recently "hitched" private detective Regan Reilly; and their husbands Willy and Jack, are guests on the Royal Mermaid's maiden voyage, the Santa Cruise. The cruise is Commodore Randolph Weed's gift to a select group of people who in the last year made the world a better place. What he doesn't know is that his ne'er-do-well nephew, Eric, has smuggled two escaping criminals on board. As the Royal Mermaid sails through troubled waters, Alvirah and Regan uncover clues that lead them to the dangerous men who were not on the original guest list! Filled with suspense and humor, Santa Cruise is a holiday mystery you won't want to miss. Join the Clarks as they bring this unpredictable voyage to a hair-raising and heartwarming conclusion and ring in the New Year.