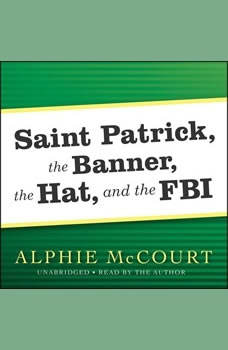 Saint Patrick, The Banner, The Hat, and the FBI

Just in time for Saint Patrick's Day! Alphie McCourt, author of the convivial memoir A Long Stone's Throw and youngest brother of Frank McCourt (Angela's Ashes), releases his reminiscences of the beloved holiday. This story, written and read by the author, strings together retellings of a few of the expatriate Irishman's most memorable Saint Patrick's days here in the USA. In his cordial brogue, Alphie relates the history of the Catholic feast day, and moves candidly, with great warmth and self-deprecation, onward through the past few decades to relate his personal, hilarious highlights of the day when everyone loves to become Irish in the wearing o' the green.