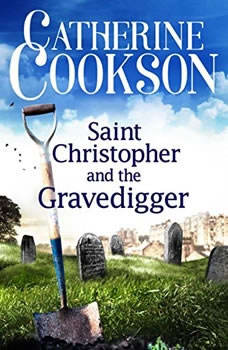 Saint Christopher and the Gravedigger

Known for the wit of her writing, in her lifetime Catherine Cookson became the UK’s most widely read novelist. When the Cookson Estate discovered the unpublished manuscript of Saint Christopher and the Gravedigger in the attic of her home, they unearthed a gem for Cookson’s many fans.Gravedigger John Gascoigne lives in Downfell Hurst with his wife, Florrie, their three children and his mother, Gran. John is a deep thinker but extremely taciturn—a man of few words and many grunts. Which is why everyone is alarmed when he’s hit on the head by a cricket ball, and it suddenly seems as if the words won’t stop. What’s more, he says he is talking to Saint Christopher—only no one else can see the saint, and they’re beginning to worry John’s not quite right in the head…Mad or not, John has some secrets he’s been keeping. But if he can’t stop talking, they won’t stay secret for long.