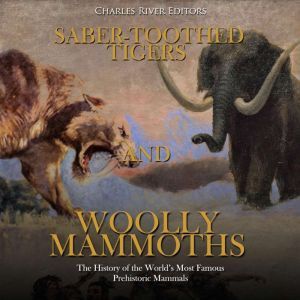 Saber-Toothed Tigers and Woolly Mammoths: The History of the World’s Most Famous Prehistoric Mammals

It is difficult to ignore the effortless cool of a saber-toothed tiger. The fanged feline was equipped with the savage strength of a lion, the lethal stealth of a puma, the intimidating gait of a black bear, and the strapping, muscular arms of a gorilla. Amazingly, however, those traits did not stand out as much as the long, dagger-like fangs that earned the Smilodon its famous nickname. The saber-toothed tiger, legend has it, was as ferocious as it was fearless, often tackling beasts twice their size. Saber-toothed tigers were arguably the most fabled of all the Ice Age creatures.

Since Georges Cuvier recognized the specimens as an extinct elephant species near the end of the 18th century, various finds of mammoth fossils, particularly in places where they were well preserved in the cold, have made the woolly mammoth perhaps the most popular extinct animal outside of the dinosaurs. Standing around 10 feet tall and weighing several tons, woolly mammoths seem like the stuff of legend, but ancient cave art indicated that unlike dinosaurs, woolly mammoths were contemporaries of early humans, with the last ones going extinct only about 4,000 years ago. All of that explains why people have long been fascinated by woolly mammoths and have even envisioned bringing them back to life via genetics sometime in the future.

Saber-Toothed Tigers and Woolly Mammoths: The History of the World’s Most Famous Prehistoric Mammals looks at the origins of the famous animals, the fossil finds, and theories regarding their extinction.