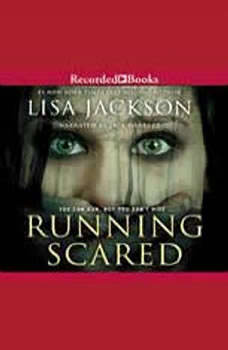 With numerous #1 New York Times best-sellers to her credit, Lisa Jackson continues to push the envelope through her trademark brand of romantic suspense. Running Scared follows a young single mother desperately trying to outrun her past. Fifteen years ago, Kate Summers received an offer she couldn’t refuse: a newborn baby boy to adopt and call her own. Still reeling from the death of her husband and daughter, Kate accepted this little blessing and agreed to leave Boston forever and not tell a soul. Today, she has a wonderful life in Oregon, but the threat of the past catching up with her haunts her daily. Now a mysterious man is in town searching for the child, and the only person Kate can turn to has secrets of his own—secrets tying him to the boy she loves dearly. Moving at a lightning-quick pace, this taut thriller is enhanced by a pulse-pounding narration from acclaimed voice actor Jack Garrett.

I Can See You
by Karen Rose

Eve Wilson's face was once marred by a vicious assault. Terrified and ashamed, she retreated to the virtual realm where no one could see her. Now, years later, her outer scars faded and inner scars buried, she's fought her way back to the real worl...