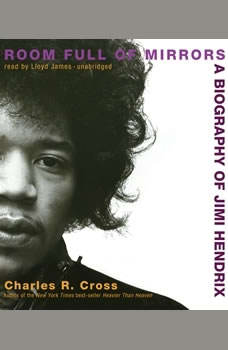 Room Full of Mirrors: A Biography of Jimi Hendrix

For many, the name Jimi Hendrix conjures up a larger-than-life image of the man who set fire to guitars, women’s hearts, and the status quo. In this groundbreaking account, music journalist Charles R. Cross takes a far deeper look. Beyond Hendrix’s legendary onstage and offstage magnetism and his excessive lifestyle was a man who struggled to accept his role as an idol and privately craved the kind of normal family life he never had. Based on more than three hundred interviews and never-before-seen private documents, this book recounts the entire arc of Hendrix’s life, from his troubled childhood and struggle with racial prejudice to his rapid ascent in swinging London to headlining Woodstock in 1969, with his death a year later. As colorful and large as the decade of the sixties, this biography gives the real Hendrix the immortality he deserves.