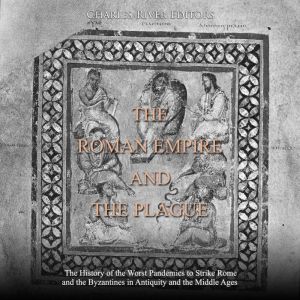 Roman Empire and the Plague, The: The History of the Worst Pandemics to Strike Rome and the Byzantines in Antiquity and the Middle Ages

Due to constant warfare on the borders and attempts to defend positions against various groups, Roman soldiers came into contact with foreign diseases, and they unwittingly brought them home when campaigns ended. This culminated around 165 CE, when an unidentified disease brought the empire to its knees and afflicted an untold number of individuals, one of whom may have been Lucius Verus, the co-emperor of Rome alongside Marcus Aurelius. In addition to the enormous number of casualties, which has been estimated at upwards of 5 million people, the pandemic disrupted Roman trade to the east, affected societies culturally across Europe, and compelled physicians like Galen to study the symptoms in an effort to figure out not only what the disease was, but any potential cures.

The Bubonic Plague was the worst affliction ever visited upon Europe and the Mediterranean world. Within a few short years, a quarter of the population was taken after a short but torturous illness. Those who escaped faced famine and economic hardship, crops were left unsown; harvests spoiled for lack of harvesters, and villages, towns, and great cities were depopulated. Markets were destroyed, and trade ground to a halt. It must have seemed like the end of the world to the terrified populace. The horror abated, only to return years later, often with less virulence but no less misery.