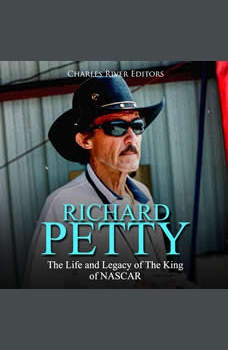 Richard Petty: The Life and Legacy of The King of NASCAR

"I'd rather be called King than other things I've been called.” – Richard Petty

Of course, there are plenty of reasons why Petty is so legendary, and why “The King” is more than merely a nickname. The name is an acknowledgment that Richard Petty is quite possibly the greatest driver in the history of stock car racing, and while some may debate that, nobody can argue that he is the winningest driver in the history of National Association of Stock Car Auto Racing-sanctioned events. Over the course of 34 years, Petty won 200 races in his career, was the first driver to win the NASCAR Cup Championship seven times (the others being Dale Earnhardt and Jimmie Johnson), and to date is the only driver to win under different points systems. He won NASCAR’s biggest race, the Daytona 500, a record seven times, and he holds the record for the most wins in a single season (27 out of 49 races in 1967). Petty holds the record for number of starts from the pole (127), number of Top 10 finishes (over 700), and total starts (1,184). Such was his standing that he was one of the three drivers (along with Dale Earnhardt and Junior Johnson) inducted into the inaugural class of the NASCAR Hall of Fame in 2010.