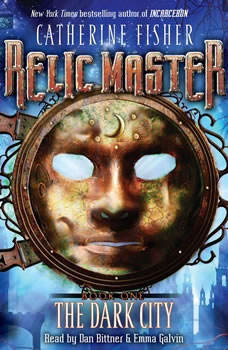 Welcome to Anara, a world mysteriously crumbling to devastation, where nothing is what it seems: Ancient relics emit technologically advanced powers, members of the old Order are hunted by the governing Watch yet revered by the people, and the great energy that connects all seems to also be destroying all. The only hope for the world lies in Galen, a man of the old Order and a Keeper of relics, and his sixteen-year-old apprentice, Raffi. They know of a secret relic with great power that has been hidden for centuries. As they search for it, they will be tested beyond their limits. For there are monsters-some human, some not-that also want the relic's power and will stop at nothing to get it.