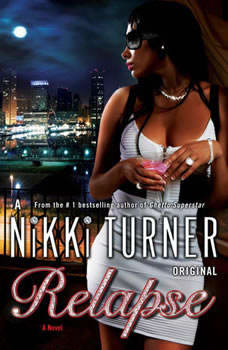 Nikki Turner, Queen of Hip-Hop Lit, is back with one of her gutsiest female characters yet, a glamorous chick with a high-end hustle that can rival any man’s game.

As the respected, renowned concierge for a luxury hotel chain, Beijing Lee caters to the wealthy and famous. Whether it’s securing a dinner reservation, a fleet of limos, or a record deal, or protecting her clients from the paparazzi, there’s nothing Beijing can’t do. She’s stacked up an impressive pile of IOUs from the world’s elite—and one day she decides it’s time to start cashing in. Before long, she’s a five-star diva running her own lucrative business, where she secures her clients their most outrageous—and increasingly illegal—desires.

But Beijing has her own addiction: a man named Lootchee, who lavishes her with even more diamonds and luxury than she already has. But behind Lootchee’s charm and over-the-top romantic gestures is a selfish, high-stakes hustler who lures Beijing into a dangerous web that takes even this seasoned enterpriser by surpise, and breaks her heart in the process.

Once the ball finally drops, it’ll take a ghost from Beijing’s past to rescue her—not only from those who are out to seriously harm her, but from herself.

This book was ok to me, I'm tired of her bringing the same characters in and not finishing the story. I have read her last 4 novel and I have been left hanging with all 4.I wish the old Nikkie comes back and brings the page turners, like project chick, and a hustlers wife.SMH