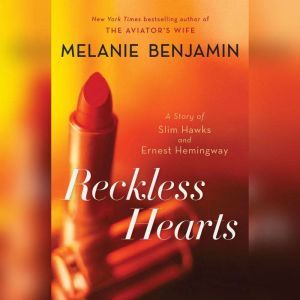 Melanie Benjamin introduces readers to the lavish, heady world of her novel The Swans of Fifth Avenue with this exclusive ebook short story! In this enchanting prequel, New York society and Hollywood royalty collide during the doomed and decadent life of Ernest Hemingway.

Spain, 1959. Slim Hawks Hayward likes to think she doesn’t get jealous. But when her dear friend Lauren “Betty” Bacall learns that Papa Hemingway has come to watch the bullfights and insists that Slim make introductions, she can’t help feeling protective. Slim has known Papa for years. He always makes her feel like the most beautiful woman in the room—even when his wife is standing right beside him. Truth be told, Slim could have learned to love him all those years ago, in the streets of Havana or the mountains of the American West. Now, Slim is sure that Papa will fall for Betty. What she doesn’t anticipate is the feeling that Papa himself has changed—and their relationship will never be the same.

Advance praise for Melanie Benjamin’s The Swans of Fifth Avenue

“The strange and fascinating relationship between Truman Capote and his ‘swans’ is wonderfully reimagined in this engrossing novel. It’s a credit to Benjamin that we end up caring so much for these women of power, grace, and beauty—and for Capote, too.”—Sara Gruen, New York Times bestselling author of Water for Elephants

“A delicious tale . . . Melanie Benjamin has turned Truman Capote’s greatest scandal into your next must-read book-club selection.”—Jamie Ford, New York Times bestselling author of Hotel on the Corner of Bitter and Sweet

“Reading The Swans of Fifth Avenue is like being ushered into a party where you’re offered champagne and fed the sumptuous secrets of New York’s elite—without having to pay the price afterward. The swans are outmatched only by the elegance of Melanie Benjamin’s prose—captivatingly earnest and sophisticated.”—Vanessa Diffenbaugh, New York Times bestselling author of The Language of Flowers