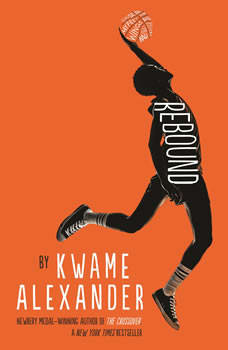 From the New York Times bestselling author Kwame Alexander comes Rebound, the dynamic prequel to his Newbery Award-winning novel in verse, The Crossover. Before Josh and Jordan Bell were streaking up and down the court, their father was learning his own moves. In this prequel to Newbery Medal winner The Crossover, Chuck Bell takes center stage, as readers get a glimpse of his childhood and how he became the jazz music worshiping, basketball star his sons look up to. A novel in verse with all the impact and rhythm readers have come to expect from Kwame Alexander, Rebound will go back in time to visit the childhood of Chuck "Da Man" Bell during one pivotal summer when young Charlie is sent to stay with his grandparents where he discovers basketball and learns more about his family's past.

The sequel to the #1 New York Times bestseller Travel Team!When you're the smallest kid playing a big man's game, the challenges never stop—especially when your name is Danny Walker. Leading your travel team to the national championship may se...