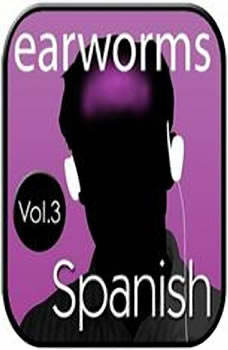 Earworms MBT is a revolutionary accelerated technique that takes the hard work out of learning a new language. By repeatedly listening to melodies specially composed with rhythmic repetitions of Spanish and English, you will pick up essential words and phrases that will not only be on the tip of your tongue but burned deeply into your long-term memory in next to no time.If you like music and want to make rapid progress without any formal knowledge of language learning, Earworms MBT Rapid Spanish is for you. Volume 3 will give you insight into many of the core structures of the language, allowing you more scope to mix and match the vocabulary you already know. You will feel you are learning within minutes and will be amazed by how easy acquiring a language can be.