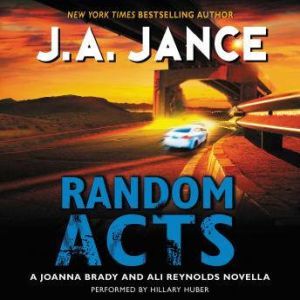 From New York Times bestselling author J. A. JANCE comes an all-new novella, in which Sheriff Joanna Brady and investigator Ali Reynolds join forces to solve a crime thathas hit dangerously close to home.Sheriff Joanna Brady has a lot on her plate—she is up for re-election as sheriff, pregnant with her third child, and her eldest is packing up to leave for college. Then Joanna is woken in the middle of the night by a call reporting a motor vehicle accident. Her mother and stepfather’s RV ran off the road at high speed and hit the pillar of an overpass. Something about the accident seems suspicious, though, and when Joanna gets a call from Ali Reynolds, a journalist turned investigator, she accepts her offer to help. They come up with a plan to find out who was responsible…even if that person is not the villain they’d expected.