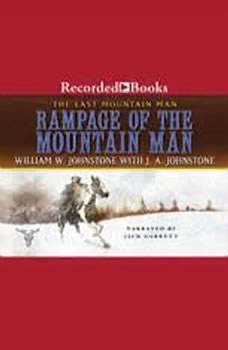 Rampage of the Mountain Man

Authors of over 200 books combined, William W. and J.A. Johnstone write action-packed tales of Western life. In Rampage of the Mountain Man, a job offer to deliver 3,000 head of cattle sounds like just the payday Smoke Jensen needs. But when an angry Cheyenne warrior attacks him and his comrades, Smoke discovers that he’s not the only one looking to cash in.