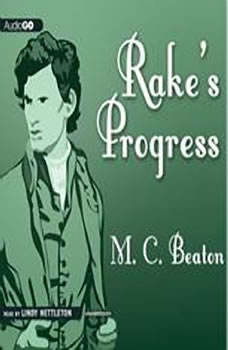 Series: The House for the Season Series #4

M. C. Beaton brings you the fourth installment of her witty and charming House for the Season series.Lord Guy Carlton, late of His Majesty's regiment and weary from the war in France, has only wine, women, and song in mind when he rents Number 67 Clarges Street for the season. He certainly has no desire for a serious attachment-and never marriage! Then his merry eyes spot the lovely but very proper Miss Esther Jones. But what will be her fate if she falls in love with the notorious Lord Guy? Though Esther's business acumen has made her one of the richest women in England, her innocence could make her a victim of the wild ways of the ton-unless the downstairs staff at Clarges Street devise a campaign to reform the rake who is laying siege to her heart.