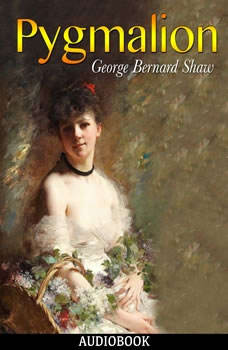 The story of Professor Henry Higgins, a professor of phonetics, who wagers that he can turn a Cockney flower girl, Eliza Doolittle, into the toast of London society merely by teaching her how to speak with an upper-class accent. In the process, he becomes fond of her and attempts to direct her future, but she rejects his domineering ways and marries a young but poor man of the genteel class, Freddy.