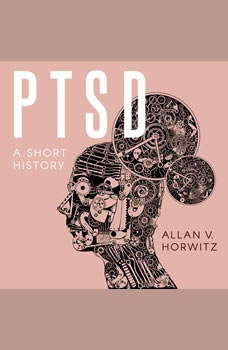 Post-traumatic stress disorder-and its predecessor diagnoses, including soldier's heart, railroad spine, and shell shock-was recognized as a psychiatric disorder in the latter part of the nineteenth century. The psychic impacts of train crashes, wars, and sexual shocks among children first drew psychiatric attention. Later, enormous numbers of soldiers suffering from battlefield traumas returned from the world wars. It was not until the 1980s that PTSD became a formal diagnosis, in part to recognize the intense psychic suffering of Vietnam War veterans and women with trauma-related personality disorders. PTSD now occupies a dominant place in not only the mental health professions but also major social institutions and mainstream culture, making it the signature mental disorder of the early twenty-first century. In PTSD, Allan V. Horwitz traces the fluctuations in definitions of and responses to traumatic psychic conditions. Arguing that PTSD, perhaps more than any other diagnostic category, is a lens for showing major historical changes in conceptions of mental illness, he surveys the conditions most likely to produce traumas, the results of those traumas, and how to evaluate the claims of trauma victims.

Healing the Fragmented Selves of Trau...
by Janina Fisher

Why Buddhism is True
by Robert Wright

Trauma and Memory
by Peter A. Levine, Ph.D.

How to Win Friends & Influence - A Co...
by Dale Carnegie