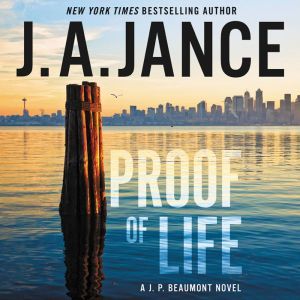 J. P. Beaumont’s latest investigation strikes too close to home in this riveting mystery from New York Times bestselling author J. A. Jance.Be careful what you wish for . . . Before he retired, J. P. Beaumont had looked forward to having his days all to himself. But too much free time doesn’t suit a man used to brushing close to danger. When his longtime nemesis, retired Seattle crime reporter Maxwell Cole, dies in what’s officially deemed to be an accidental fire, Beau is astonished to be dragged into the investigation at the request of none other than the deceased victim himself. In the process Beau learns that just because a long-ago case was solved doesn’t mean it’s over.Caught up in a situation where old actions and grudges can hold dangerous consequences in the present, Beau is forced to operate outside the familiar world of law enforcement. While seeking justice for his frenemy and healing for a long fractured family, he comes face to face with an implacable enemy who has spent decades hiding in plain sight.