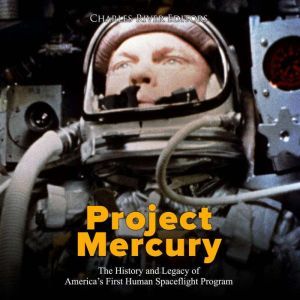 The successful Apollo 11 mission was certainly an astonishing technological triumph, but what is less well remembered now are that many programs preceded Apollo and were essential to its success. Project Mercury was one of those, and in many ways it represented the greatest step forward in terms of the conquest of space. Before Project Mercury, there was no certainty that a human could survive the rigors of a space launch or live outside Earth’s atmosphere. There was no agreement on just what an astronaut should be, and various individuals involved debated whether they should be pilots, technicians, scientists, or even merely observers in an automated craft. Before Project Mercury, no one was entirely certain what a rocket capable of taking a person into space would look like, or even whether building such a craft was within the capabilities of engineering in the 1950s.

Put simply, Project Mercury aimed to answer these and other questions while overcoming technological and human problems never before faced. All the while, the program took place against he backdrop of intense competition between the Soviets and the United States to be the first to be able to send people into space and, if possible, to use that for military advantage. Because of this, Project Mercury was not just a step into the unknown, but part of an ongoing battle taking place in the glare of constant publicity to allow America to catch up with what frequently looked like an unassailable lead in space by the USSR.

Project Mercury lasted for less than five years, but the missions were some of the most momentous and intense years in the history of space flight. When Project Mercury began in October 1958, no person had traveled to space and some people still believed that this was impossible. By the time that it ended in June 1963, the Apollo Program that would place an American on the Moon in 1969 had begun, but without Project Mercury, there could have been no Apollo Program.