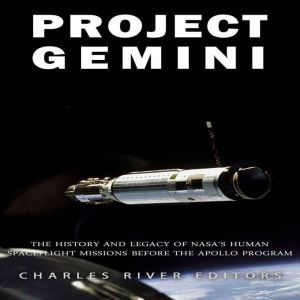 Project Gemini: The History and Legacy of NASA's Human Spaceflight Missions Before the Apollo Program

In some ways, Project Gemini is a neglected part of the US space program. Sandwiched between the excitement of Project Mercury and the sending of the first American astronauts to space and the euphoria of the Apollo Moon landings, Gemini was a step forward rather than a dramatic leap. However, this project achieved many important firsts, including the first spacewalk, the first rendezvous and docking between two spacecraft, the first flights of more than one week’s duration and many more. And all this was achieved in a staggeringly short space of time – in just twenty months, Project Gemini made ten manned flights, a record that has yet to be broken by any other space program.

Gemini also marked another important milestone as America finally surpassed the Soviet Union in space technology. Before Gemini, the US was playing a desperate game of catch-up as it attempted to match Soviet accomplishments. The last Project Mercury flight launched in May 1963, and before then, Russia had put the first satellite in Earth’s orbit and the first man in space and had followed these with longer flights than the tiny Mercury spacecraft. In terms of military significance, it was recognized that the ability to dominate space was very important, and to many people in America, it seemed that Russia was well on the way to doing this. No one could have guessed that it would be almost three years before the next American manned space flight occurred when Gemini 3 left the launch pad in March 1965. It seemed to many people that the Russian lead in space exploration had become unassailable and, in order to reestablish the credibility of the US space program, the Gemini flights simply had to succeed.