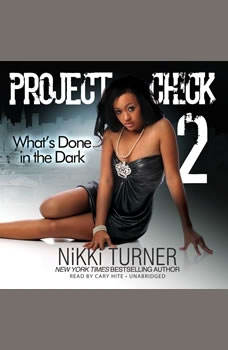 FromNew York Timesbestselling author Nikki Turner comes the sequel toProject Chick. Tressa always thought that the best moment in her life was the day she gave birth to her twin boys, Khalil and Hadji, but even better was when she got the news that their abusive father, Lucky, was dead. His death gave the streets freedom and safety, and it gave Tressa an opportunity to start over. She was thrilled the bad days were gone, but it didnt take long for her to realize that, even though Lucky was dead, she would never be free of him. When the twins discover that Indie, the man who raised them, had a hand in killing their father, nothing can stop them from plotting their revenge. They are about to find out that nothing is what it seems.

The Golden Hustla
by Wahida Clark

Detective Houser wants nothing more than his retirement, but when a murder case involving the WMM firm lands on his desk, he cant avoid it. All of law enforcement knows that WMM Advertising, also known as We Make Millionaires, is one of the biggest...

As the pampered wife of Frankie Bingham, Camille wants for nothing. After all, Frankie and their life together are her whole world. So Camille tries not to be bothered by his closeness with his coworker and dear friend Gillian. But it soon becomes c...