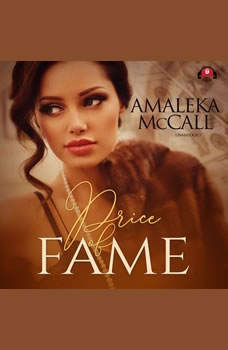 Brice Simpson is a newly promoted heroic detective with a secret past. He's riding the waves of fame, but he still feels he has something to prove, so Detective Simpson picks up a cold case on the murder of a fourteen-year-old girl. He's convinced the case will bring him redemption for his past indiscretions, but he soon finds out that the details surrounding the girl's murder may hit closer to home than he expects. When his younger sister goes missing, Brice's life is thrown into a tailspin that may cost him everything he has worked for. Casey Pete is a famous porn queen. Dominique Branch is a newly married preacher's wife with a shameful secret. They were the best of friends until they let jealousy, lies, drugs, and Jordan Bleu take over their lives. When Casey attempts suicide, Dominique is reunited with the past she wishes she could erase. Thrust back together by fate, Casey, Dominique, and Jordan are forced to confront each other and the demons from their past-one of which is murder. When this unlikely trio crosses paths with Detective Simpson, they turn out to be the only people that might be able to help him solve the haunting cold case and find his missing sister. Will they be able to put the pieces of their lives back together in enough time, or will they all finally realize the steep price of fame?