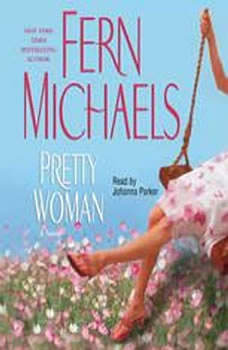 Rosie Gardener and Vickie Winters were best friends, closer than sisters. Svelte and single Vickie only wanted the best for her friend--and she couldn't stay quiet when Rosie, overweight and unable to see her own worth, fell under the spell of Kent Bliss, a two-timing cad. The night before Rosie's wedding was the last time Vickie spoke to her--to warn her about Kent's true nature. On her third wedding anniversary, Rosie realizes Vickie was right--and that the Porsche and other indulgences were her attempts to buy the love of a man who only cared about himself. Fed up with his mistreatment, she vows to change her life--by kicking him out. The next day, she begins a diet and exercise regime. But more life-changing news awaits: Rosie has the single winning ticket in the Wonderball lottery--and she's won $302 million. With Kent ready to claim a share of her money, Rosie needs her friends more than ever. When Vickie returns to Savannah, Rosie learns the power of forgiveness. As she loses weight and works out under the eye of sexy personal trainer Jack Silver, a new Rosie emerges. This pretty woman is making a fresh start, and no one's greed or bitterness will stop her from jumping into life and love with a passion she didn't know she possessed.

This woman went from obese to running a marathon in something like 3 months. She is crying through the whole book. There is a ghost that lives in a tree. That whole story was ridiculous!!!