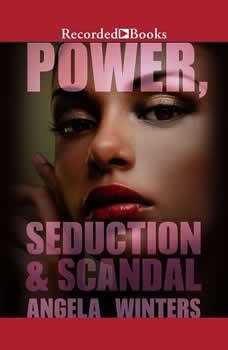 Happy in marriage and motherhood, Sherise is back at work and ready for a big promotion to White House press secretary-until an incompetent rival gets the job instead. Something's dirty and Sherise is going to get to the bottom of it..Billie's law career is thriving, and she's newly engaged. But between her fiance's disapproving mother and his angry ex-girlfriend, Billie's plans for the future may be put on hold-permanently..With a new job at a lobbying firm, Erica is ready to put the past behind her. But when her estranged father's tragic death leaves her newly wealthy, she finds herself at the center of a power struggle that could cost her more than money. Whatever obstacles try to block their dreams, these ladies will find a way to conquer them-no matter what it takes.

Get 5% off your total order by adding 3 or more audiobooks from D.C. Series

Nothing to Lose
D.C. Series