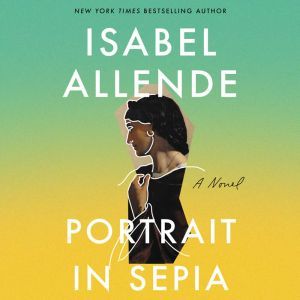 "Portrait in Sepia is the best book Allende has published in the United States since her first novel of nearly two decades ago, The House of the Spirits.”
—Jonathan Yardley, Washington Post Book World

“Portrait in Sepia tightens the weave of a multigenerational fantasy as complete and inspiring as the real world it parallels … Allende’s enchanting historical universe keeps expanding and Portrait in Sepia is a new galactic jewel.”
—Chicago Tribune

Aurora del Valle suffers a brutal trauma that erases from her mind all recollection of the first five years of her life. Raised by her ambitious grandmother, the regal and commanding Paulina del Valle, she grows up in a privileged environment, free of the limitations that circumscribe the lives of women at that time, but tormented by horrible nightmares. When she is forced to recognize her betrayal at the hands of the man she loves, and to cope with the resulting solitude, she decides to explore the mystery of her past.

Portrait in Sepia is an extraordinary achievement: richly detailed, epic in scope, intimate in its probing of human character, and thrilling in the way it illuminates the complexity of family ties.