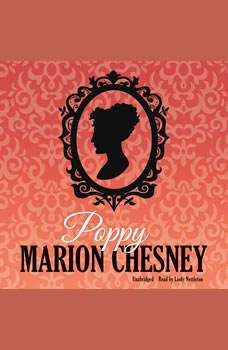 She was the flower of an East End slum who rose to become a star. But Poppy Duveen quit the stage to marry Freddie Plummett, the only real gentleman she had ever knownthe bounder who died. When Freddie died, Poppy was left the castle, but she was also left in the clutches of Freddies formidable uncle, Hugo, the dazzling Duke of Guildham. How could she admit, even to herself, this dangerous attraction? Instead, Poppy tried to turn her back on itbut it was no use. Clearly, Hugo thought her a mere waif, a common poor relation. Well, shed show him and his snobbish family. Shed return to the stage as Poppy Plummett, conquer London, and make fools of them all!