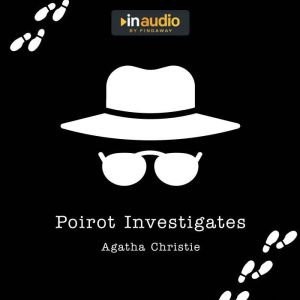 “With method and logic one can accomplish anything!”Follow the greatest of the greatest detective in the world in Agatha Christie’s short story collection Poirot Investigates. Featuring 11 adventures around the world, this collection show’s Christie’s famous character Hercule Poirot at his best, as he travels and unravels mysteries of all sorts.This edition of Poirot Investigates follows the original UK edition of the collection, and includes the following captivating stories: “The Adventures of the Western Star”“The Tragedy at Marsdon Manor”“The Adventure of the Cheap Flat”“The Mystery of Hunter’s Lodge”“The Million Dollar Bond Robbery”“The Adventure of the Egyptian Tomb”“The Jewel Robbery at the Grand Metropolitan”“The Kidnapped Prime Minister”“The Disappearance of Mr. Davenheim”“The Adventure of the Italian Noble-Man”“The Case of the Missing Will”This mystery collection from the best-selling novelist of all time is an entertaining and invigorating adventure, and will leave readers delighted by the charm and wit of Hercule Poirot as he solves case after case at a clipping pace.