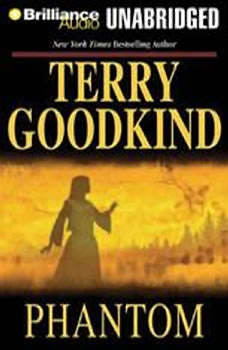 On the day that she awoke remembering nothing but her name, Kahlan Amnell became the most dangerous woman alive. For everyone else, that was the day when the world began to end. As her husband, Richard, desperately searches for his beloved, whom only he remembers, he knows that if she doesn’t soon discover who she really is, she will unwittingly become the instrument that will unleash annihilation. But Kahlan learns that if she ever were to unlock the truth of her lost identity, then evil itself would finally possess her, body and soul. If she is to survive in a murky world of deception and betrayal, where life is not only cheap but fleeting, Kahlan must find out why she is such a central figure in the war-torn world swirling around her. What she uncovers are secrets darker than she could ever have imagined.

I wasted a selection and HOURS of my time choosing this Highly-Praised 4 Star book...I guess I'll be more careful next time, not basing my selections so heavily on other members' ratings. This book seems like it was written by a 13 yr. old Dungeons & Dragons fanatic who's two greatest interests are cooking up elaborate Witchcraft incantations not into it, personally, but willing to read thru it in the hopes of a good plot line and conjuring up the most vile forms of torture and degradation and describing them...ad nosium...until the reader either liking this stuff, presumably satiates themselves or, as in my case, almost falls asleep with the inane, constant, boring, decrepit descriptions. There isn't much of a plot line, here, just Good Guys slowly plodding from one scene to the next describing just HOW bad the Bad Guys are. Hitler would've envied this authors reach for the morbid, though. If you're into that sort of thing, you'll love it! I've got better things to do then immerse myself in the suffering of fictitious characters if I have to listen to that much bad stuff, the STORY should be worth it...it's not.