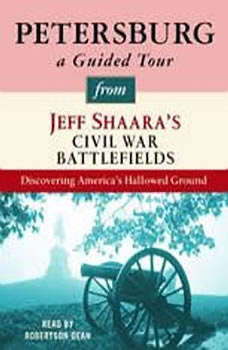 Petersburg: A Guided Tour from Jeff Shaara's Civil War Battlefields: What happened, why it matters, and what to see

TRAVEL THROUGH A PIVOTAL TIME IN AMERICAN HISTORY

Jeff Shaara, America’s premier Civil War novelist, gives a remarkable guided tour of a Civil War battlefield every American should visit: Petersburg. Shaara explores the history, the people, and the places that capture the true meaning and magnitude of the conflict and provides engaging narratives of the war’s crucial battles.

A cross-country hitchhiking journey with America's most beloved weirdoJohn Waters is putting his life on the line. Armed with wit, a pencil-thin mustache, and a cardboard sign that reads "I'm Not Psycho," he hitchhikes across America from Baltimore ...

Our Towns
by James Fallows

***NATIONAL BEST SELLER***A vivid, surprising portrait of the civic and economic reinvention taking place in America, town by town and generally out of view of the national media. A realistically positive and provocative view of the country between ...

Travel with Matt and Karen as they float down the Colorado River through the Grand Canyon. In September 2016, they experienced the trip of a lifetime with fourteen friends and a crew of ten while traveling in wooden dories through the canyon. Dories...

TRAVEL THROUGH A PIVOTAL TIME IN AMERICAN HISTORYJeff Shaara, America’s premier Civil War novelist, gives a remarkable guided tour of a Civil War battlefield every American should visit: Gettysburg. Shaara explores the history, the people, and...

To the New Owners
by Madeleine Blais

In the 1970s, Madeleine Blais's in-laws purchased a vacation house on Martha's Vineyard for the exorbitant sum of $80,000. 2.2 miles down a poorly marked, one lane dirt road, the house was better termed a shack—it had no electricity, no modern...

Letters from Hawaii contains a collection of letters Mark Twain wrote for a newspaper publication. From a long, turbulent journey to the island, to his encounters with the islanders and the myriad englishmen who have taken up residence on the island...

Winchester, Virginia is an emblematic American town. When John Lingan first traveled there, it was to seek out Jim McCoy: local honky-tonk owner and the DJ who first gave airtime to a brassy-voiced singer known as Patsy Cline, setting her on a cours...

The Wilderness and Spotsylvania: A Guided Tour from Jeff Shaara's Civil War Battlefields
by Jeff Shaara