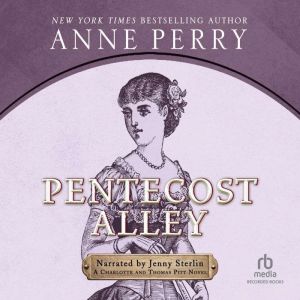 The ritual murder of a prostitute named Ada McKinley in a bedroom on decrepit Pentecost Alley would ordinarily occasion no stir in Victoria's great metropolis. But under the victim's body the police find a Hellfire Club badge inscribed with the name Finlay Fitzjames--a name that instantly draws Superintendent Thomas Pitt into the case. Finlay's father--immensely wealthy, powerful, and dangerous--refuses to consider the possibility that his son has been in Ada McKinley's bed. The implication is clear: Pitt is to arrest someone other than Finlay Fitzjames for Ada's demise. But Thomas Pitt is not a man to be intimidated, and with the help of his quick-witted wife, Charlotte, and her well-connected friends, he stubbornly pursues his investigation--one that twists and turns like London's own ancient streets.... Anne Perry has devised the most intricate mystery of her prolific career in PENTECOST ALLEY, whose brilliant resolution will astonish and satisfy even the most discerning. 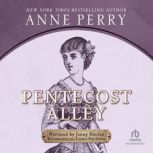