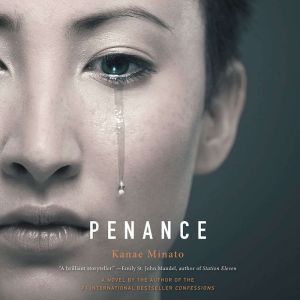 A chilling Japanese psychological thriller about four women, forever connected by one horrible day in their childhood--fifteen years later, someone wants to make sure they never forget. Finalist for the 2018 EDGAR AWARDfor Best Paperback Original"As ethereal and literary as it is a sharp, tight crime novel." --A Literary Hub Best Crime Book of the Year When they were girls, Sae, Maki, Akiko and Yuko were tricked into leaving their friend Emily with a mysterious stranger. Then the unthinkable occurred: Emily was found murdered hours later. The four friends were never able to describe the stranger to the police; the killer's trail went cold. Asako, the bereaved mother, curses the surviving girls, vowing that they will be the ones to pay for her daughter's murder... Like Confessions, Kanae Minato's award-winning, internationally bestselling debut, PENANCE is a dark tale of revenge and psychological drama that will leave readers breathless.