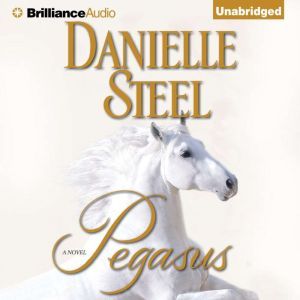 #1 New York Times bestselling author Danielle Steel delivers one of her strongest books to date with this trans-generational narrative that draws inspiration from her own family history. Opening on the cusp of World War II and following an aristocratic German family who seeks refuge in America-with their magnificent Lipizzaner horses-this rich historical novel speaks to the transformative power of love and family.Late 1930's Germany: Best friends Alex von Hemmerle and Nicolas von Bingen, titled childhood friends with neighboring estates, are witnessing the rise of Nazism when Nick's father reveals the long-buried secret of his son's partial Jewish ancestry. Warned by highly placed friends to flee, the only treasures Nick and his sons can take are two dazzling Lipizzaner horses, gifts from Alex. These powerful and majestic creatures become their ticket to a new life waiting across the ocean-one in which a job has been promised to Nick with the famous Ringling Brothers Circus. While Alex and his daughter face escalating danger in war torn Europe, Nick struggles to adjust to life in the circus…until a graceful young high wire walker manages to steal his heart. Spanning multiple generations and continents, this is a rich, involving story of transformation, perseverance, fate, love, and loss, tied together by two families who were never meant to stay apart and the magnificent stallion that will link them forever.

I have read many of Danielle Steels books and I have to rate this one on top. What a wonderful story