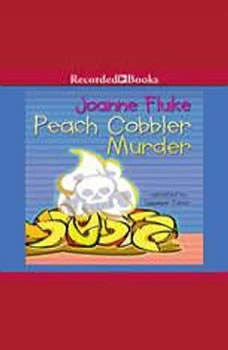 Nationally best-selling author Joanne Fluke’s popular Hannah Swensen mysteries have received heaping measures of praise from critics and mystery fans alike. In Peach Cobbler Murder, Fluke returns to the charming town of Lake Eden, Minnesota—only to find her beloved heroine embroiled in her stickiest situation yet. Georgia transplants Shawna Lee and Vanessa have opened a bakery to rival Hannah’s own, but when one of the Southern belles is murdered, Hannah must find the killer before she herself becomes a suspect.