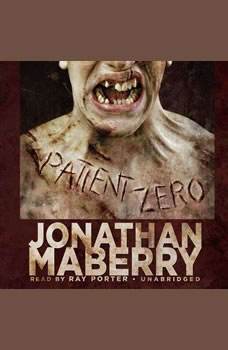 From multiple Bram Stoker Award–winning author Jonathan Maberry comes a major new thriller that combines the best of the New York Times bestselling books World War Z by Max Brooks and James Rollins’ Sigma Force Series to kick off the start of a new series featuring Joe Ledger and the Department of Military Sciences. When you have to kill the same terrorist twice in one week there’s either something wrong with your world or something wrong with your skills—and there’s nothing wrong with Joe Ledger’s skills. And that’s both a good and a bad thing. It’s good because he’s a Baltimore detective who has just been secretly recruited by the government to lead a new task force created to deal with the problems that Homeland Security can’t handle. This rapid-response group is called the Department of Military Sciences, or the DMS for short. It’s bad because his first mission is to help stop a group of terrorists from releasing a dreadful bioweapon that can turn ordinary people into zombies. The fate of the world hangs in the balance. A 2009 Bram Stoker Award Nominee. Selected for the March 2009 Indie Next List. A BookRiot Pick of the Best Zombie Books.