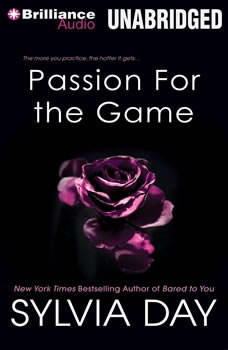 Passion for the Game

Infamous for satisfying his limitless wants and desires, Christopher is a free man again. And this time he’s on a mission to engage, deceive and seduce the one woman as ruthless as he is when it comes to dangerous games of passion.…Far from innocent in the ways of men, Maria is one step ahead of Christopher’s every move. It doesn’t mean she isn’t enjoying every delicious look, every unbridled kiss, every moment of abandon. Neither of them could have imagined the moment when they would meet their match—or that they would surrender to each other again and again.…Praise for Sylvia Day and her novels“The undisputed mistress of tender, erotic romance.” —Teresa Medeiros“Bared to You obliterates the competition…unique and unforgettable.” —Joyfully Reviewed“Plenty of sexy intrigue and potent chemistry.” —Booklist on Passion for the Game

Passion for Him, A
Georgian #3