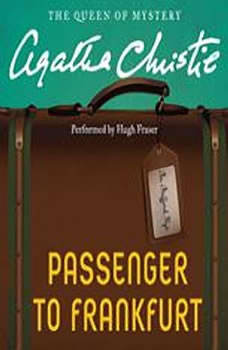 Christie's superb stand-alone mystery, Passenger to Frankfurt, is a true masterwork of surprise and suspense, as a diplomat comes to the aid of a terrified woman in an airport, only to find that his identity has been stolen and his life is suddenly in serious jeopardy.Sir Stafford Nye's flight home from Malaya takes an unprecedented twist when a young woman confides in him that someone is trying to kill her. In a moment of weakness, he agrees to lend her his passport. Unwittingly, the diplomat has put his own life on the line. When he meets the mystery woman again, she is a different person, and he finds himself drawn into a battle against an invisible—and altogether more dangerous—enemy. . . .