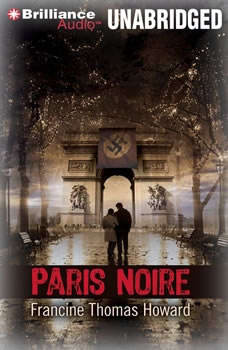 Paris, 1944: The city steams in the summer heat, bristling with anticipation of its impending liberation. It marks the beginning of the end of a devastating war...and the beginning of a year like no other for Marie-Thérèse Brillard and her children, Colette and Christophe. They first came to Paris from Martinique in 1928, among the immigrants of color who flocked to France in the 1920s and '30s. They settled in Montmartre, a vibrant neighborhood teeming with musicians, writers, and artists, and began the arduous task of building a new life in a new land. The rigors of World War II only added to the adversity beneath which Marie-Thérèse struggled. Its culmination should offer her relief, and yet...When Colette and Christophe are swept up in the jubilation following the Nazis’ departure, each embarks upon a passionate love affair that Marie-Thérèse fears will cost them their dreams—or their lives. Twenty-year-old Colette begins a dalliance with a white Frenchman, a romance discouraged for the quadroon child of an immigrant. Her older brother Christophe becomes the lover of the beautiful wife of a French freedom fighter, a relationship Marie-Thérèse suspects can only end in heartache and bloodshed. Adding yet another complication is the man she calls Monsieur Lieutenant, the handsome black soldier whose mere presence intrigues Marie-Thérèse as no man has before.Set against the turbulent backdrop of wartime France, Paris Noire is a dramatic and engrossing novel that brings to vivid life the remarkable people once relegated to the fringes of history.