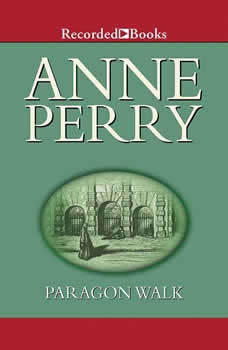 When a young woman from the upper class neighborhood of Paragon Walk is raped and murdered, Inspector Pitt is sent in on the case. Unable to believe that a killer could live among them, residents refuse to cooperate with the investigation. He soon finds that the polite society of Paragon Walk is nothing more than a mask for something much more sinister.