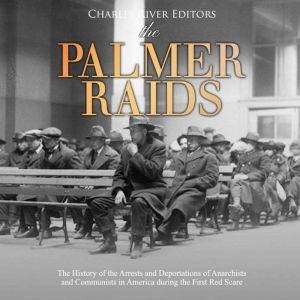 Palmer Raids, The: The History of the Arrests and Deportations of Anarchists and Communists in America during the First Red Scare

While the period from 1945-1955 was the longest and most extensive period of time in American history when a fear of communism gripped the country, it was not the first. World War I was the first major foreign conflict the U.S. was involved in, after being safe behind the Atlantic Ocean, and Americans were now afraid of espionage and sabotage. As a result, people of German descent came under suspicion, and this subjected innocent German-Americans to mob violence, much of it perpetrated by a vigilante group called the American Protective League (APL), which had a quarter of a million members dedicated to rooting out German spies. When they did not find enough, they turned their sights on homegrown subversives, namely the International Workers of the World, the “Wobblies.”

With the end of the war, concern over German subversives was replaced with concerns over communist subversives. By 1919, the Bolshevik Revolution had spread throughout Central Europe and seemed to threaten the rest of the world. In America, newspaper stories openly worried about a similar revolution in the country. A rash of strikes fed fears that class warfare, fomented by foreign communist forces, would break out at any moment.

In this powder keg, all that was needed was a spark to create full-blown hysteria, and the spark came on June 2, 1919, when the home of Attorney General A. Mitchell Palmer was bombed, injuring Palmer and killing the bomber. The anarchist leaflets he was carrying were scattered in the bomb debris, and this attack on his home prompted Palmer, who had been a reformist Quaker, to launch an all-out war against left-wing radicals. In the process, the Attorney General, who had already been impressed with a self-confident and energetic young man named J. Edgar Hoover, put him in charge of the battle against radicalism. The Red Scare had begun in earnest.