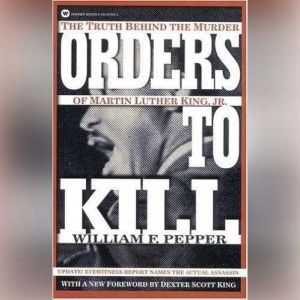 Orders to Kill: The Truth behind the Murder of Martin Luther King

Here is the myth-shattering expos that reveals the truth behind the assassination of Dr. Martin Luther King Jr.shocking and controversial revelations from James Earl Rays attorney. On April 4, 1968, Dr. Martin Luther King Jr. stepped out onto the balcony of the Lorraine Motel in Memphis, Tennessee, and into his killers line of fire. One shot ended Dr. Kings life and forever changed the course of American historysetting into motion a massive cover-up that has withstood a quarter-century of scrutiny. After eighteen years of intensive investigation, William F. Pepper has torn away the veil of subterfuge that has hidden the truth surrounding Kings deathproving the innocence of convicted assassin James Earl Ray and revealing the evil conspiracy behind the murder of our nations greatest civil rights leader.