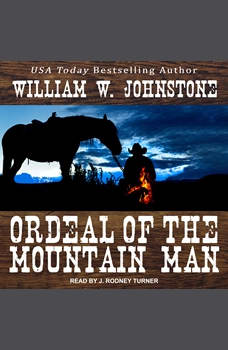 Ordeal of the Mountain Man

Ordeal Of The Mountain Man Revenge On The Outlaw Trail . . . The Wyoming tinderbox of Muddy Gap is feeling none too friendly ever since the Grubbs gang tore through on a hellraising rampage. And it's far from over. Because what the vicious Utah Jack Grubbs would really kill for just rode into town: Smoke Jensen . . . and a small fortune in rawhide. Smoke needed a break from driving a herd of remounts north when he showed up in Muddy Gap. Now, he's on the run again, headed for the Montana wilds-with Grubbs and his men shadowing his trail. As if that wasn't trouble enough, Chief Iron Claw's bloodthirsty Cheyenne warriors have just appeared on the horizon. It isn't long before a war between the white man's greed and the red man's savagery turns the peaceful Bighorn Mountains into a simmering powderkeg. Caught in the middle-with no way out-Smoke Jensen is just the man to set off the explosion. Either way, this mountain man could end up dead . . . Contains mature themes.

Spirit of the Mountain Man
by William W. Johnstone