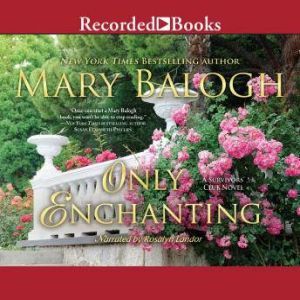 The Survivors' Club: Six men and one woman, all wounded in the Napoleonic Wars, their friendship forged during their recovery at Penderris Hall in Cornwall. Now, in the fourth novel of the Survivors' Club series, Flavian, Viscount Ponsonby, has left this refuge to find his own salvationin the love of a most unsuspecting woman. Flavian, Viscount Ponsonby, was devastated by his fiancEes desertion after his return home. Now the woman who broke his heart is backand everyone is eager to revive their engagement. Except Flavian, who, in a panic, runs straight into the arms of a most sensible yet enchanting young woman. Agnes Keeping has never been in loveand never wishes to be. But then she meets the charismatic Flavian, and suddenly Agnes falls so foolishly and so deeply that she agrees to his impetuous proposal of marriage. When Agnes discovers that the proposal is only to avenge his former love, shes determined to flee. But Flavian has no intention of letting his new bride go, especially now that he too has fallen so passionately and so unexpectedly in love.

Book 1 got 4 stars.Gwen & Hugo are great Book 2 was my favorite so far and got 5. That Vincent is everybodys favorite and Sophie is loveable enough to be deserving of him. Book 3 was OK, so only scored 3. This one brought me back to 4 star territory at least partly because all the survivors were together for the whole first half. If Ms Balogh can find a way to keep them all prominently featured in the remaining books, the series as a whole will earn a solid very good 4. Im still curious to see if we actually get 7 books or if Imogen gets matched with George, closing us out at 6. Any way, gotta make it through Ralphs story at #5 next Spring. Since shes a book ahead, we should know by then. 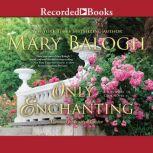 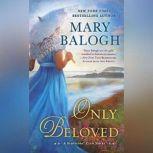 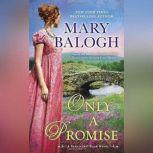 Only A Promise
Survivor's Club #5