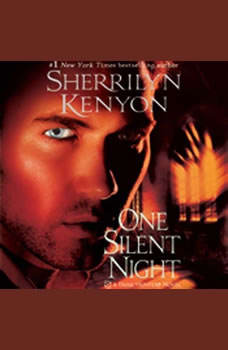 While the world carries on unawares, Stryker, who leads an army of demons and vampires, is plotting an all out onslaught against his enemies—which, unfortunately for us, includes the entire human race. To avenge his sister, Stryker prepares to annihilate the Dark-Hunters. But things go awry when his oldest enemy returns. Enter his ex-wife. Zephyra. Just when he thought nothing could stop him, he's now embroiled in a centuries old war with a shrew who gives new meaning to pain.

Stryker, who leads a army of vampires and demons, has just released War, to kill Ash and Nick. To combat Stryker Artemis releases Stryker's ex-wife Zephyra and daughter Medea, who hate Stryker with a vengeance. Unknown to Stryker, War unleashes something in Nick that was buried deep within him. Now Stryker and Ash have to contain War before all hell breaks loose. I loved this book, as I do all Dark-Hunter books. Ms. Kenyon brings in new characters, Jared, Nim, Zephyra, Medea, as well as old favorites. Not to give any spoilers, but my favorite line in the book is between Savitor and Ash. Get off the Cross. Someone needs the wood. The whole world of the Dark-hunters is about to change.I can't wait for poor Fang's book.