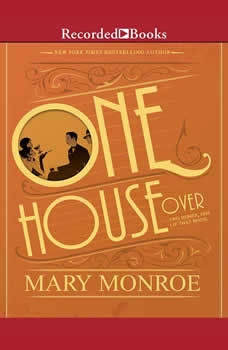 New York Times bestselling author Mary Monroe returns to the 1930s era of her acclaimed novel The Upper Room with a dazzling portrait of two very different couples whose friendship and fast times are no match for shattering betrayal. A solid marriage, a thriving business, and the esteem of their close-knit Alabama community-Joyce and Odell Watson have every reason to count their blessings. Their marriage has given well-off Joyce a chance at the family she's always wanted-and granted Odell a once-in-a-lifetime shot to escape grinding poverty. But all that respectability and status comes at a cost. Just once, Joyce and Odell want to break loose and taste life's wild side, without consequences. When their new neighbors turn out to be high-steppin' bootleggers Milton and Yvonne Hamilton, the Watsons plunge headlong into good times and fast living. For Joyce, Yvonne is someone she can show off too-and look down on. And Odell won't introduce crude, unsophisticated Milton to his friends-but is happy to let Milton ply him with free booze and good times. Milton hates being slighted and disrespected and he's determined to do something about it. When Milton inadvertently discovers Odell's scandalous double life with a long-term mistress, he decides this is the perfect chance to wreck the Watsons' perfect world. Narrators: Kentra Lynn, James Shippy