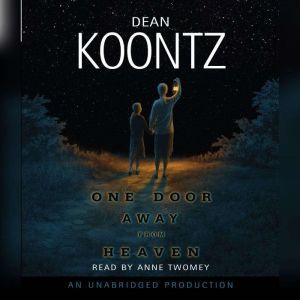 One Door Away From Heaven

Michelina Bellsong is on a mission. She is following a missing family to the edge of America . . . to a place she never knew existed—a place of terror, wonder, and shattering revelation. What awaits her there will change her life and the life of everyone she knows—if she can find the key to survival. At stake are a young girl of extraordinary goodness, a young boy with killers on his trail, and Micky’s own wounded soul. Ahead lie incredible peril, startling discoveries, and paths that lead through terrible darkness to unexpected light.

Maybe at 200 or 300 less pages I would have given it 3 *s. There were too many boring and repetitive passages. Its like Koontz is still being paid by the word. Oh, and the climax was an anticlimax.